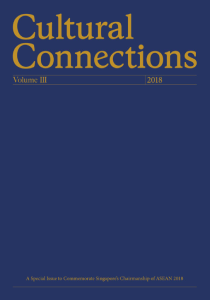 In commemoration of Singapore’s Chairmanship of ASEAN in 2018, this third volume of Cultural Connections is dedicated to everything ASEAN from the arts and cultural front. It celebrates the uniqueness, beauty and richness of Southeast Asia through the essays which have been presented in two parts. The first part showcases the long and close people to people and historical links Singapore has had with her Southeast Asian neighbours over the centuries through thought articles contributed by academics, diplomats and domain experts. The second part features the inter relatedness of the histories and heritage of Southeast Asia through showcasing artefacts from the Southeast Asian collection of Singapore’s National Collection.

If you would like to reproduce or re-publish any part of publication please contact us at Culture_Academy@mccy.gov.sg

Mr Kwa Chong Guan
The Art of an ASEAN Consciousness

Mr Kennie Ting
Abdullah from Java: the Ties between Family and History

Asian Civilisations Museum
Ismail Zain, From There to Now

Ms Clarissa Chikiamco
Towards a Shared History: The Hill and the Malay Archipelago

Ms Noorashikin binte Zulkifli
‘It Doesn’t Pedal Forward, Only Backward! Is It Broken? It Must Be Broken.’ – Reflections on a Forward-Racing World.

Other issues of Cultural Connections 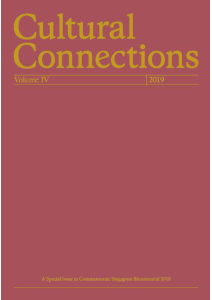 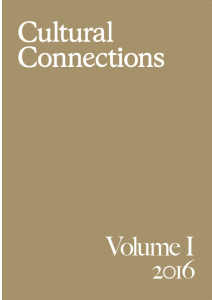 Opening Doors to a New Normal : What are we Learning Every day?
Watch Video

icon on the video.

Opening Doors to a New Normal : What are we Learning Every day?

icon on the video.

Opening Doors to a New Normal: Challenges and Opportunities